The History of Home Insulation 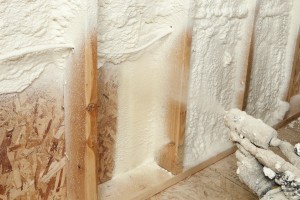 Home insulation  has come a long way over the years.  In fact – many older homes have little to no insulation installed in the walls of their home.  Now, we know the important role home insulation plays in keeping our home a comfortable temperature while reducing energy use.

18th Century– Central heating systems weren’t developed until the 18th century.  Before this, most houses would be kept warm be a fire in a fireplace.  Most manufacturers didn’t see a need for insulating furnaces before this time!

20th Century – Fiberglass insulation was created when a researcher accidentally directed compressed air at a stream of molten glass in 1930.  When he realized that it produced fibers, the first glass wool was created.  This material was finally produced 6 years later.

21st Century – Now, we realize that there are even more efficient ways to insulate your home.  Spray foam insulation is one of the best insulating products on the market.  It helps prevent heat gain and loss, resulting in significant energy savings for homeowners.  Unlike with the fiberglass bats, spray foam eliminates air leakage.  it is a permanent barrier to heat loss and air entry!

Check out this article from Green Building Advisor for more information on the history of insulation and contact our office to learn more about how we can green your home with our eco-friendly home insulation solutions.  You can reach our office by calling 203-297-6337.

Don’t forget to follow us on our social media pages for more energy saving tips and insulation news.

ADD us to your circles on Google+ 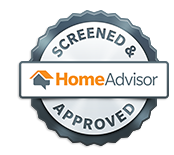 via HomeAdvisor
Spray Foam Insulation
"Intelligent, well trained installers. Neat and clean in their work. We will definitely use them again on another project. I recommend them to anyone who needs spray foam insulation."

via BirdEye
Spray Foam Insulation
"Great service, great product. I wish we would have done this sooner. Mark is very knowledgeable about his product. They did what they said with no surprises. Highly recommend this company"

Why Wait To Insulate? Call The Best & Start Saving Now!